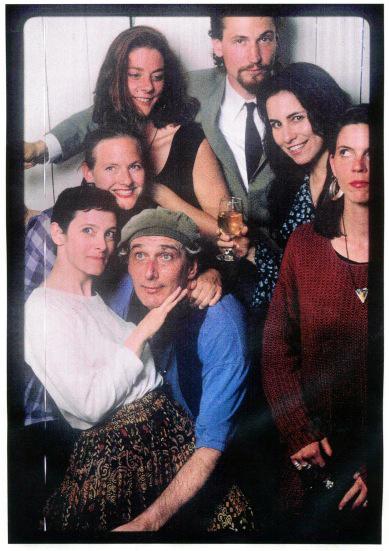 A lot of people ask us how we came up with the idea for the Digital Photo Booth. It started in Seattle, Washington on June 21st, 1994 and truth be told, it is a love story.

Mark van S., the founder of MVS Studio, was working as a photographer in Seattle, shooting bands like Pearl Jam, Soundgarden and Alice in Chains. When two of his closest friends (who he had introduced to one another) told him they were getting married, he was thrilled. They had many requests for Mark: they asked him to perform the ceremony , to host the reception at his studio, and of course, they asked him to shoot the wedding photos. Instead of shooting traditional wedding photos, he had antoher idea. He set up a camera with a flash that was loaded with Polaroid Instant Slide Film that could be processed in three minutes. This allowed people to take their own pictures on a roll of 36 frames. Afther each roll was shot, it was processed and the slides were added to a slide projector carousel. It was the very first realtime slideshow and it was the analog version of The Digital Photo Booth that went on to change the event industry.